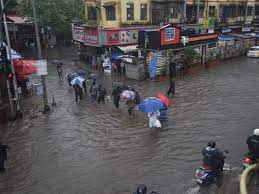 Mumbai, Maharashtra News Live Updates (August 16): The India Meteorological Department (IMD) has issued a yellow alert for Mumbai, indicating that heavy rainfall is very likely. Heavy rainfall in Mumbai on Tuesday caused traffic disruptions due to waterlogging. Central line train services have also been affected, as well as long-distance trains arriving in Mumbai. Low-lying areas in the city have been flooded. The Malad subway has been closed for vehicular movement due to waterlogging. Traffic is being diverted to Sainath Road.

Motorists in some parts of Mumbai experienced heavy traffic jams due to waterlogging caused by rain Tuesday morning. By afternoon as the rain slowed down, the traffic jams got cleared as the Mumbai traffic police kept providing traffic updates through their Twitter handle. 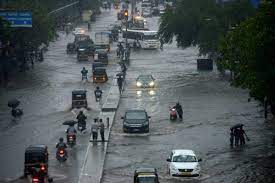 The Rashtrasant Tukadoji Maharaj Nagpur University (RTMNU) canceled the examinations scheduled for Tuesday and Wednesday due to heavy rains in Nagpur and adjoining areas of Maharashtra.

The director of the Board of Examination and Evaluation of Nagpur University Prafulla Sabale said that all principals, in-charges of the examination centers, teachers, and students have been informed that exams scheduled on August 16 and 17 were canceled.

The examinations have been canceled due to heavy rains and flood situations in all four districts that come under the University’s jurisdiction, the official said, adding that the next date of examination will be announced soon. (PTI)

Low-lying areas in Mumbai flooded due to rainfall 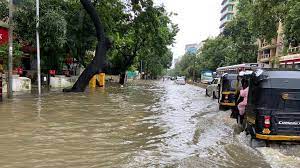 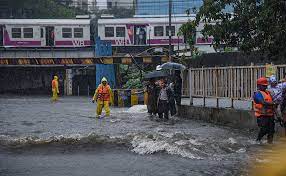 Moderate spell (10mm-20mm in an hour) to intense rain spell (20mm-30mm in an hour) recorded in Mumbai since Tuesday morning has left low lying areas flooded. Heavy rainfall has led to disruptions in long distance trains arriving in Mumbai as well. The Pune Mumbai Deccan Queen has been delayed by over 2 hours. Train services have been disrupted on Central Line due to heavy rainfall in Mumbai. The Central line trains are running late by 30 minutes.
~END~