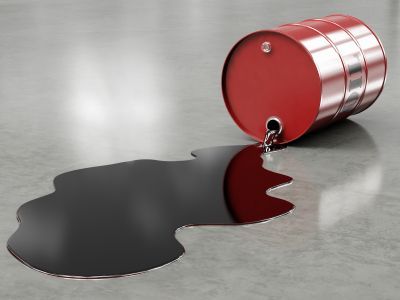 Oil prices were down about 5% in volatile trading on Tuesday on demand concerns after the International Monetary Fund (IMF) cut its economic growth forecasts and warned of higher inflation.

Prices declined despite lower output from OPEC+, which produced 1.45 million barrels per day (BPD) below its targets in March, as Russian output began to decrease following sanctions imposed by the West over its invasion of Ukraine, according to a report from the producer alliance seen by Reuters.

Russia produced about 300,000 BPD below its target in March at 10.018 million BPD, based on secondary sources, the report showed.

OPEC+, which groups OPEC and allies led by Russia, agreed last month to a monthly oil

output boost of 432,000 BPD for May, resisting pressure by major consumers to pump more.

The IMF lowered its forecast for global economic growth by nearly a full percentage point, citing Russia’s invasion, and said that inflation is now a “clear and present danger” for many countries.

The bearish outlook added to price pressure from the dollar trading at a two-year high. A firmer greenback makes commodities priced in dollars more expensive for holders of other currencies, which can dampen demand. [USD/]

Chicago Federal Reserve Bank President Charles Evans on Tuesday said the Fed could raise its policy target range to 2.25% to 2.5% by year-end, but if inflation remains high will likely need to hike rates further.

Meanwhile, St. Louis Federal Reserve Bank President James Bullard said on Monday that U.S. inflation is “far too high” as he repeated his case for increasing interest rates to 3.5% by the end of the year to slow what are now 40-year-high inflation readings.

The IMF’s lower growth forecast, along with the Strategic Petroleum Reserves reporting that emergency stocks fell by 4.7 million barrels on Monday, is “causing some nervousness,” said Phil Flynn, an analyst at Price Futures Group.

Concerns over demand growth were already in focus after a preliminary Reuters poll on Monday showed U.S. crude oil inventories are likely to have risen last week.

China’s economy slowed in March, worsening an outlook already weakened by COVID-19 curbs and the conflict in Ukraine.

Fuel demand in China, the world’s largest oil importer, could begin to pick up as manufacturing plants prepare to reopen in Shanghai.

The price decline on Tuesday followed a rise of more than 1% on Monday when oil prices hit their highest since March 28 on Libyan oil supply disruptions. Libya’s National Oil Corp (NOC) warned on Monday of “a painful wave of closures” and declared force majeure on some output and exports as forces in the east expanded their blockade of the sector over a political standoff.