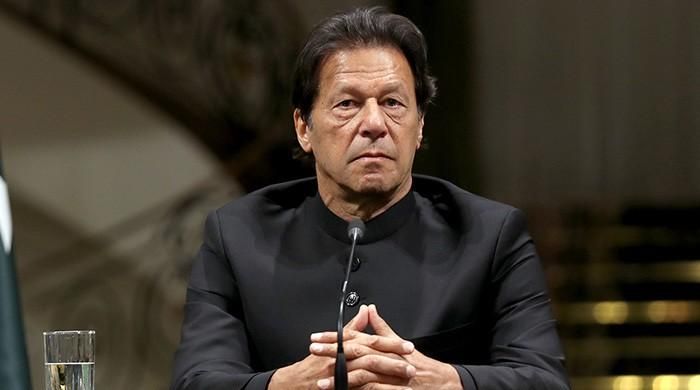 Bereft of allies and coalition partners, embattled Pakistan Prime Minister Imran Khan was ousted from power in the early hours of April 9 following a no-confidence vote. The combined opposition that spans the political spectrum from the left to the radically religious will form the new government in Pakistan, with Nawaz Sharif’s brother

Shahbaz Sharif, the head of one of Pakistan Muslim League-Nawaz, is taking over as prime minister.Khan’s ouster extends Pakistan’s unenviable record for political instability: no prime minister has completed their full term since independence from Britain in 1947, although Khan is the first to be removed through a no-confidence vote. Though the week-long drama preceding the trust vote plunged Pakistan into a constitutional crisis, Imran Khan’s downfall had been in the making since last year when he crossed swords with the country’s all-powerful army.

Members of the Pakistan Tehreek-e-Insaf (PTI) took out rallies in several cities of Pakistan on April 10 to protest the ouster of former prime minister and party chairman Imran Khan through a no-confidence motion moved by the Opposition. Protest rallies were organized in cities like Islamabad, Karachi, Peshawar, Malakand, Multan Khanewal, Khyber, Jhang, and Quetta, with demonstrators shouting slogans against the Opposition.

Earlier in the day, ousted Prime Minister Khan tweeted that today marked the beginning of a “freedom struggle” against what he said was a “foreign conspiracy of regime change” in Pakistan. In an attempt to galvanize his supporters, he said “it is always the people who protected their sovereignty and democracy.”

Despite the Pakistan Tehreek-e-Insaf (PTI) government’s hectic efforts to avoid voting on the no-confidence motion against Khan, the joint Opposition succeeded in its month-long efforts to oust Khan from the prime minister’s office as 174 members of the 342-member National Assembly voted against him after a day of high drama. Khan, 69, became the first premier in the country’s history to be sent home after losing the trust of the House.

PTI spokesperson Fawad Chaudhry had also called on the people to stage protests after Isha’s prayers while speaking to the media in Islamabad earlier in the day. He said that Khan not leading a massive movement would amount to a “betrayal of the country’s politics and Constitution”.