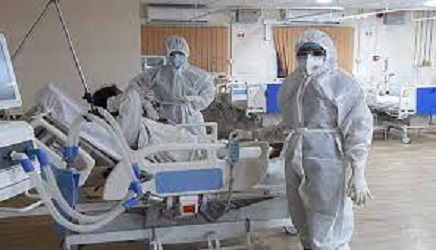 As India recovers slowly from a debilitating second wave of the Covid-19 pandemic, there has been a sudden rise in cases of fever – both influenza and viral, as well as post-monsoon ailments like malaria and dengue.

But post-monsoon, some clinicians have noticed a surge in paediatric Covid cases.

Dr Suresh Kumar Panuganti, lead consultant-paediatric critical care and paediatrics, Yashoda Hospitals, Hyderabad, said in the past two-three weeks, there has been a 10 per cent rise in paediatric Covid cases, compared to the past three months.

“At this point, however, less than 5 per cent of children being tested are turning out to be Covid-positive. It is not alarming yet,” said Dr Panuganti.

Doctors further hint that there has been a change in symptoms of paediatric Covid this year, compared to March last year. “Children did not have respiratory symptoms last year. Of late, we are seeing symptoms of flu – cough, cold, fever, and body ache,” added Dr Panuganti.

Precursor to the third wave?

There were reports that the third wave is likely to affect children more. “We have the data from the serosurvey that shows 60 per cent of children are already exposed to the novel coronavirus. I don’t think they are going to be disproportionately affected if there is indeed a third wave. We should be focusing our efforts on measuring disease in children much better than we have done so far,” said Dr Gagandeep Kang, professor at the Christian Medical College in Vellore.

She said this will allow authorities to assess risk among children and counter-balance potential risk from vaccination. A spate of deaths reported in Uttar Pradesh (UP) has triggered a clutch of panicky headlines around a ‘mystery fever’ sweeping through the countryside.

“We had 3,500 dengue cases so far this year. Normal adults are the only positive cases, no kids affected,” said Himanshu Jayswar, state programme officer for control of vector-borne disease.

However, the state reported only five deaths.

The MP story may well be an example of the sudden spike in cases of fever in India – termed ‘mystery fever’ by many – claiming over 100 lives in five states, including UP, MP, Bihar, Haryana, and West Bengal (WB). In UP, only Firozabad and Mathura reported 72 cases, revealed media reports.

Experts indicate that the real reason for the sudden spike in cases may well be a low base in 2020. In 2020, there was a drop of 46 per cent in malaria cases, 78 per cent in dengue, and 47 per cent in chikungunya in India, compared to 2019.

On the other hand, in WB, viral infection affected over 1,000 children in North Bengal, claiming the lives of six. State and city civic bodies have started surveillance of fever cases.

In Mumbai, the Brihanmumbai Municipal Corporation (BMC) is conducting surveillance with paediatricians; child specialists in the city have received letters from authorities for reporting cases of fever.

Dr Amin Rahim Kaba, consulting paediatrician, Masina Hospital, said, “Most viral fevers are now accompanied with a rash. A fever with rash surveillance is ongoing with the BMC.”

The influenza strain infecting people is also different from the dominant strain for the last few years.

Said Dr Panuganti, “Many children have missed their routine flu shots, and this is one of the reasons for the rise in flu cases. The current influenza strain is different from what we have seen in the past two-three years. The new vaccine has come now, but many have not yet taken it. In the past 18 months, we have seen significant reduction in influenza cases.”