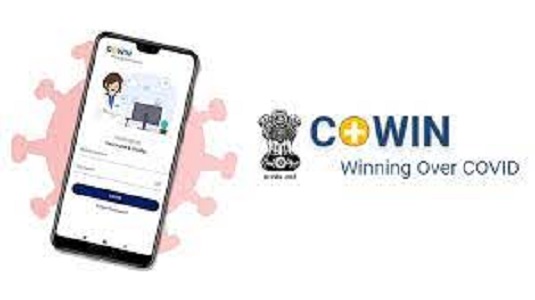 India is making its digital platform for Covid19 vaccination drive, CoWIN, open source for all countries to access, adapt and use. This is perhaps the first time that any country is making a software platform developed by its public sector open for the world.

Speaking at the CoWin Global Conclave on Monday, Prime Minister Narendra Modi said, “Soon, CoWIN will be available to any and all countries.” The software can be customised to any country according to local requirements.

India has administered over 350 million doses of vaccine through this platform so far.

Highlighting the importance of technology in fight against the pandemic, Modi said India had made its Covid tracking and tracing app Aarogya Setu open source as soon as it was technically feasible. He pointed out that with nearly 200 million users, the Aarogya Setu app was a readily available package for developers, and had been tested in the real world for speed scale. “This pandemic has made many people realize the fundamental truth of this philosophy…. That’s why CoWin is being prepared to be made open source.’’

The conclave was attended by representatives of 142 countries including Afghanistan, Bangladesh, Bhutan, Maldives, Guyana, Antigua & Barbuda, St. Kitts & Nevis and Zambia amongst others. These countries are keen to adopt CoWin for digitizing their Covid19 vaccination drive.

Union Health Minister Harsh Vardhan said, “In my humble opinion, Co-WIN is the crown jewel of our Digital India initiative. This platform shall go down in history for facilitating inoculation of a large percentage of the world’s population with ease, while simultaneously ensuring complete transparency.”

According to National Health Authority CEO R S Sharma, CoWIN is one of the fastest growing tech platforms in the world. Sharma was appointed to head CoWIN earlier this year.

CoWin is an extension of the electronic vaccine intelligence network eVIN that is used to collect real-time data on the vaccination programmes. CoWIN is a cloud-based IT solution for planning, implementing, monitoring, and also evaluating Covid19 vaccination in India. This platform not only tracks vaccinations on a real-time basis, but also the wastage of doses.

“Given how precious each dose of the vaccines is, governments are also concerned about making sure that each dose is tracked and wastage is minimized. All of this is not possible without an end-to-end digital approach,” Modi added. People do not need to carry around fragile pieces of paper to prove anything, the PM said.

“The journey began with providing a digitally verifiable identity to all Indians through Aadhaar,’’ Sharma, who was earlier mission director of the Unique Identification Authority of India (UIDAI), said.

Under the Digital India initiative, the country has been focusing on increasing the reach of technology. One such initiative is Unified Payments Interface (UPI) launched in 2016. The interoperable payments system has registered more than 2.7 billion monthly digital transactions worth over $67 billion. On a monthly basis, it accounts for more transactions than debit and credit cards at POS terminals combined. Nandan Nilekani, architect of Aadhaar and non-executive chairman Infosys, earlier this year at a RedSeer event said that NPCI was rolling out a complete open source-based UPI for international markets.

By making the Co-WIN platform available to the world, India is also taking a stand that will be unique to the world, according to experts. Pramod Varma, chief architect of Aadhaar and India Stack, said, “With CoWIN, India has created a unique model that addresses diversity, is interoperable and hence the ecosystem is friendly that allows for innovation.”