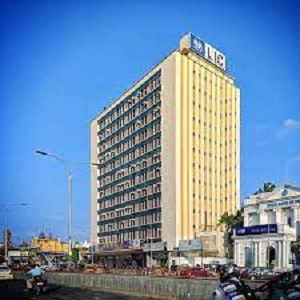 For the planned initial public offering (IPO) of the state-run Life Insurance Corporation of India (LIC), the central government is considering to seek proposals from investment banks in June, a report said on June 3.

People familiar to the development claimed that proposals could be sought from the investment banks “this month”, adding that government will send invitations in the “coming weeks” for the share sale of the insurance company.

The IPO of India’s biggest insurance service provider could happen as early as March 2022, the report claimed, citing anonymous sources.

The planned stake sale in LIC, which had drawn a critical response from India’s opposition, was announced by Finance Minister Nirmala Sitharaman while presenting the Union budget for financial year 2020-21.

The government of Prime Minister Narendra Modi is expected to move ahead with the planned disinvestment in LIC, along with the national carrier Air India and the state-run Bharat Petroleum Corporation.

The Centre reportedly targets to raise around $24 billion through the ambitious disinvestment programme. The amount raised would strengthen the government’s financial positioning amid the fight against COVID-19.

The LIC listing could value at around $261 billion, analysts at financial services firm Jefferies India said in February this year, the Bloomberg report pointed out.

The total assets of LIC are estimated at around Rs 32 trillion ($439 billion), as of financial year 2019-2020, according to the company’s latest annual report. The insurer holds a dominating domestic market share of close to 70 percent.