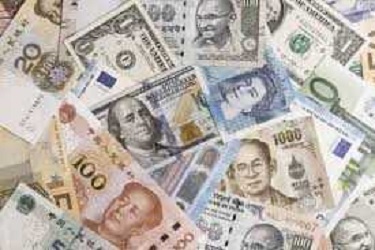 The dollar headed for its worst back-to-back weekly drop this year amid a continued retreat in Treasury yields from more-than-one-year highs as investors increasingly bought into the Federal Reserve’s insistence of continued monetary support.

The benchmark 10-year Treasury yield dipped to a one-month low of 1.528% overnight, from as high as 1.776% at the end of last month, even in the face of Thursday’s stronger-than-expected retail sales and employment data.

San Francisco Fed President Mary Daly said the same day that the U.S. economy is still far from making “substantial progress” toward the central bank’s goals of 2% inflation and full employment, the bar the Fed has set for beginning to consider reducing its support for the economy.

The dollar index, which tracks the greenback against six major peers, dipped to an almost-one-month low of 91.487 overnight before recovering somewhat to 91.678 early in the Asian session.

It’s set for a 0.6% decline for the week, extending the 0.9% slide from the previous week.

The gauge, also known as the DXY, surged with Treasury yields to an almost-five-month high at 93.439 on the final day of March, on bets that massive fiscal spending coupled with continued monetary easing will spur faster U.S. economic growth and higher inflation.

But bond and foreign-exchange markets now seem willing to give the Fed the benefit of the doubt that inflation pressure will be transitory and monetary stimulus will remain in place for years to come.

The dollar is “still struggling to find its feet in April, even though the U.S. macro outperformance narrative could not be more propitious,” Westpac strategists wrote in a research note.

“The DXY is trading like its topping out now, sooner than (we) expected.”

In cryptocurrencies, Bitcoin stood around $63,478, near the record high of $64,895 reached on Wednesday, when cryptocurrency platform Coinbase COIN.O made its debut in Nasdaq in a direct listing.

The Russian rouble tumbled on Thursday, at one point losing 2% to the dollar in volatile trade and hitting a more than five-month low versus the euro as the White House announced new sanctions targeting Russia’s sovereign debt.