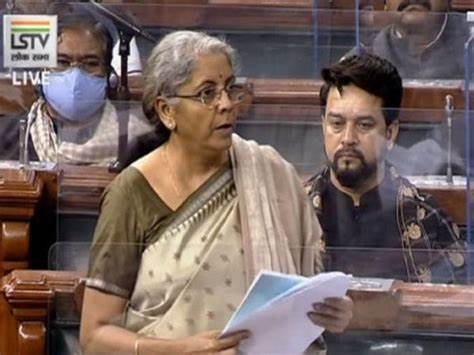 Salaried employees concerned about interest earned on their annual  employees’ provident fund being taxed from April 1 can heave a sigh of relief.

Finance Minister Nirmala Sitharaman introduced an amendment to raise this threshold limit to Rs 5 lakh during the debate on Finance Bill 2021, which was passed by the Lok Sabha on Tuesday. In other words, if you contribute up to Rs 5 lakh to your EPF, the interest earned on this amount will continue to be exempt from tax. It will be applicable to the interest earned on own contributions beyond Rs 5 lakh.

This will be applicable to cases where employers do not make contributions to the provident fund, she said in her reply to the debate. “More clarity is needed on this statement. We will have to wait until the Gazette notification is out to understand the nitty-gritties,” said Sudhir Kaushik, Co-founder and CEO, Taxspanner.in. Every month, employers deduct 12 percent of employees’ basic salary and dearness allowance to be deposited in EPF. The employer is required to make a matching contribution to the fund, out of which, 8.33 percent is directed to employees’ pension scheme (EPS).

During her Union Budget speech on February 1, 2021, she had proposed to tax interest earned on employees’ contribution in excess of Rs 2.5 lakh a year. “This (raising of the limit to Rs 5 lakh) is a very good move. Not only the high-earners, but many others have been contributing over Rs 2.5 lakh through the voluntary provident fund (VPF) route too. Provident fund offers tax-free, assured returns of 8.5 percent per annum. It is a highly lucrative avenue for investment,” said Karan Batra, Founder and CEO, Chartered Club, a tax consultancy firm.

The finance minister had earlier indicated that the limit could be reviewed.  “There can always be a discussion on the Rs 2.5 lakh limit. I can go back and review it. But it is a matter of principle. We are only touching those who are putting far more (in EPF) than what an average Indian’s earnings is per month,” she had said.

However, tax experts believe high-earners need to be prepared to restructure their investment plans in any case, with an eye on the future. “The government wants employees to shift to the National Pension System (NPS) over a period of time. So, employees who draw higher salaries need to be prepared for changes in future,” said Kaushik.