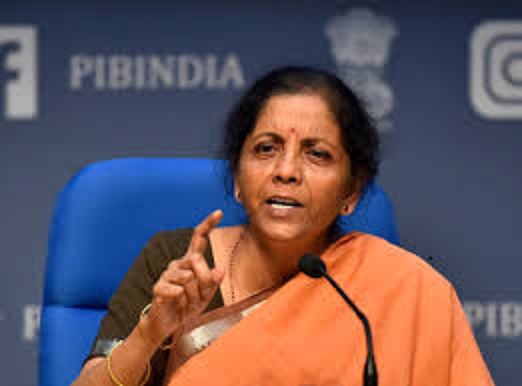 Finance Minister Nirmala Sitharaman on Friday contested the observation in certain quarters that the recent economic recovery was due to the pent-up and festival demand and would soon wither away, saying every sector had showed that the revival would sustain. She also did not agree with the view that proper recovery would have to wait till 2022-23, and said it would happen next year itself and the vaccine would aid that process.

It is an indication that additional demand is coming in.. I don’t think it is pent up or festival-driven demand … it is likely to sustain,” Sitharaman asserted.

Sitharaman said she was not worried about inflation to the extent that there are seasonal ups and downs in prices.

“If you see food grains and edible commodities, such as fruit and vegetables and edible oils these are seasonal fluctuations. I am also happy that the inter-ministerial group has very frequently been looking at changes and taking conscious calls to fill in any supply level shortage through imports and any logistical constraints adding to supply shortage,” she said.

“It is a real time balance that RBI and the finance ministry will have to do. It has to be a delicate well studied balance at a time when we are looking at reviving the economy at the earliest possible.. So coordination with RBI will be important and we will continue to do that,” she said.

“As of today we don’t know what will be the details which come with the vaccine…If it is going to be one dose or two doses…Whether two doses are going to be sufficient or recurrent doses will be needed,” she pointed out.

Sitharaman said it is an RBI internal paper. “RBI hasn’t taken a position. It is not being discussed for the first time.”

She said negotiations between the government and agitating farmers are still going on and hence it will not be right for her to comment on minimum support prices (MSP).

“Many Parliamentary committees have also discussed some aspects (of farm Bills)… it is not something which is just done in a jiffy. They have gone through the grind for sometime.”

The finance minister said she is getting extreme views on the subject. Some are saying forget the number and print notes. Many are saying that she has to concentrate on capex for multiplier effect, she disclosed.

“One thing is clear, the fiscal deficit is not what was said in the budget. It is going to be higher than that,” she said.

She said the GST Council should take a call that it doesn’t decide to change rates in each of its sitting. “Increasing or reducing rates upsets calculations of the Centre and states on the revenue front,” she argued.

She said the Council is a very robust mechanism and I truly appreciate every finance minister who comes and represents its state and for keeping that spirit up.