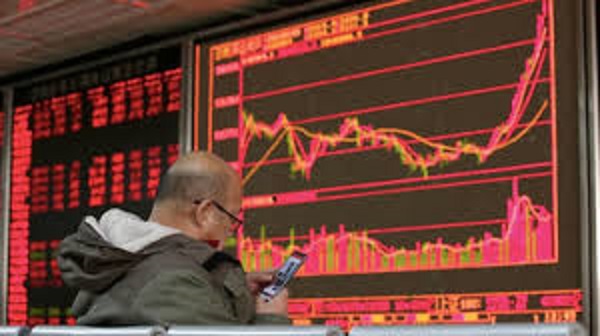 TOKYO/BOSTON (Reuters) – Asian shares rose toward a more than two-year peak on Thursday, buoyed by sustained global stimulus efforts and hopes of a coronavirus vaccine, but some analysts warned of the risk of a correction lower.

Oil futures rose toward two-month highs due to optimism about a vaccine and a larger-than-expected drawdown in U.S. crude inventories.

The gains in Asia came after a mixed performance for U.S. stocks as investors switched back to technology stocks and away from economically sensitive sectors as they weighed COVID-19 vaccine progress and the likely timing of an economic rebound.

“The markets are waiting for more news about the virus, so it is difficult for investors to short equities,” said Daiju Aoki, regional chief investment officer for Japan at UBS Securities.

“These expectations can keep equities going for another few weeks, but there are still questions about the effectiveness of a vaccine and about U.S. fiscal policy. We could see a correction early next year.”

Moderna (NASDAQ:MRNA) Inc said on Wednesday it is preparing to submit data on its experimental COVID-19 vaccine to an independent safety board, which should help determine the vaccine’s efficacy.

Pfizer (NYSE:PFE) also said on Monday that its vaccine was more than 90% effective and it may release safety data later this month.

Investors the world over are keenly awaiting details on both drugs, but some analysts warn it will still take a long time to distribute an effective vaccine.

The U.S. dollar edged lower against the Japanese yen and the Chinese yuan as traders adjusted positions before U.S. President-elect Joe Biden takes office next year.

“Crude markets remain torn by the bleak near-term picture with curfews, closures and shutdowns becoming more widespread across the U.S. and Europe; and the medium-term picture where vaccines may bring a return to more normal conditions,” Westpac analysts for Australia and New Zealand wrote in a note Thursday.

Benchmark 10-year Treasury yields fell slightly to 0.9406% and the yield curve flattened in Asian trade. The U.S. bond market was closed on Wednesday in observance of Veterans Day after the 10-year yield reached the highest level since March.