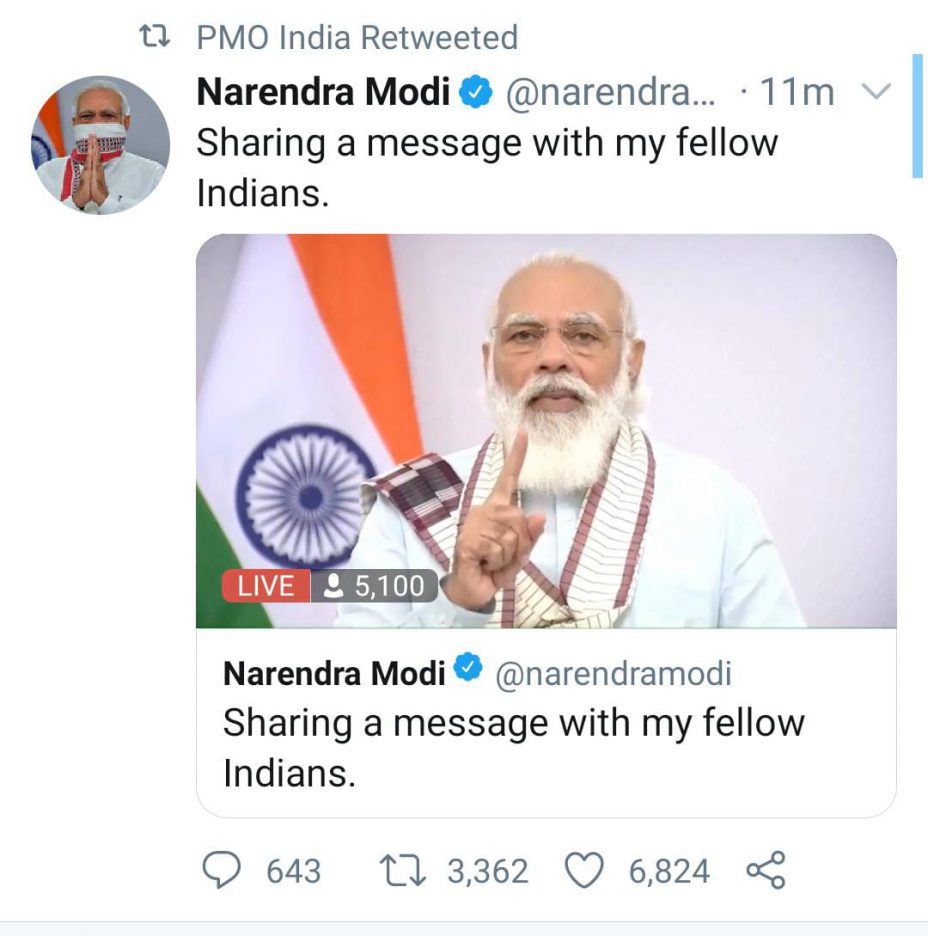 Prime Minister Narendra Modi is set to meet 15 of the world’s largest funds to promote investments in capital-starved sectors like infrastructure. The main purpose of the meeting is to assess their views on reforms that are required to attract long-term capital into the country.

The development comes at a time when capital expenditure has seen a significant fall in view of the Covid-19 pandemic, with companies going slow on their new projects.

“Fund houses from all over the world are in touch with us and want us to provide good assets and required patient capital (long-term capital) with not a very high, but stable returns. We are working towards it,” Tarun Bajaj, secretary, Department of Economic Affairs (DEA), said at a virtual conference organised by the Confederation of Indian Industry (CII) on Wednesday.

Industry experts welcomed the development. CII Director General Chandrajit Banerjee said the meeting with global investors would be a confidence booster as it signalled a high degree of commitment from the prime minister himself. “This is a good signal for foreign funds to be invested and interested in the India story,” he added.

Banerjee said that apart from infrastructure, health care and digital space were among the areas that had huge scope for foreign investments.

Fund managers, too, see this meeting as an opportunity to fill the gap that has been created amid issues concerning China.

On a stimulus package, Bajaj said the finance minister had asked officials to explore another stimulus package and the ministry was working on it. “The government has received suggestions from various ministries and sectors on the needed measures. While preparing for the next year’s Budget, we are also looking at expenditure for this year and requirements of various ministries,” Bajaj said. Focusing on pension and insurance funds, the DEA secretary said it was important to engage with other regulators, as they also needed to look at supporting this market. According to him, regulatory requirements for pension funds, insurance funds, need some tinkering. “Today pension funds from Canada, Australia, Europe, and the US are showing a huge interest in investing in India. But insurance companies and pension funds are still looking at the same usual products such as bonds,” he said.

He further said the government was exploring possibilities to channelise domestic savings and domestic assets in the country. There are about Rs 16-trillion domestic assets which could be channeled. For instance, in the case of the Employees Provident Fund, rules should be made in a manner that it is allowed to put money in the infrastructure sector, said Bajaj.

The EPFO uses its corpus (estimated at Rs 13-14 trillion in last fiscal) to earn income from investments in debt instruments and equities. Investment in equities is capped at 15 per cent. The remaining funds are invested in debt.