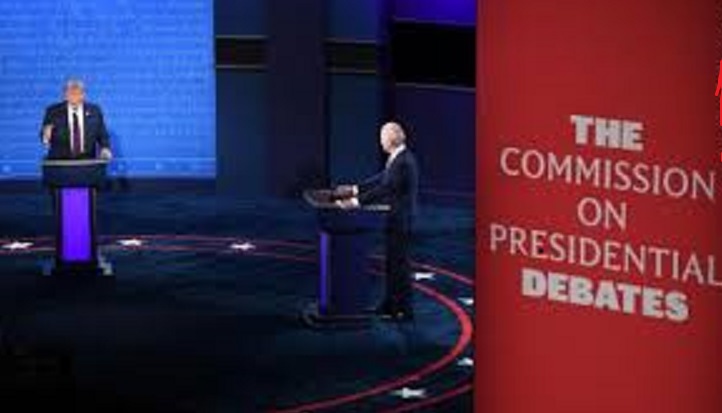 In normal times, vice presidential debates don’t matter much. But in an election year as wild as 2020, everything is magnified.

California Senator Kamala Harris stepped on stage having to balance her role as Joe Biden’s validator with her own historic presence as the first Black woman on a major party national ticket.

The candidates were separated by plexiglass out of concern for spread of the coronavirus from cases emanating from the White House.

Millions of Americans were aghast when Trump derailed the first presidential debate with incessant interruptions and a cascade of falsehoods, while Biden answered by calling the Republican incumbent a “clown” who needed to “shut up.”

The opening of Wednesday’s undercard matchup made clear that Pence and Harris were set for a much different encounter — an actual debate.

Here are key early takeaways from the only vice presidential debate ahead of the November 3 Election Day.

The Trump campaign wants voters to focus on anything but the pandemic that has killed more than 210,000 people across the country and infected at least 7.5 million more. But that subject dominated from the outset, with Trump and a growing list of White House aides, campaign staff and allies now sidelined with COVID-19.

Harris immediately put Pence on the defensive, calling Trump’s pandemic response “the greatest failure of any presidential administration in the history of our country.” Trump and Pence “still don’t have a plan,” she said.

Pence shot back that much of Biden’s proposed coronavirus response is action the federal government already is taking. More clearly than Trump perhaps ever has done, Pence expressed sympathy for all those affected by the pandemic, and he accused Harris of “playing politics with people’s lives.”

In fact, Biden’s plan does have elements that Trump’s doesn’t. Biden has called for the president to issue a mask mandate on federal property and has urged governors and mayors to do the same. He has called for using other federal spending and regulatory power. But Harris skipped those details.

One spoke proudly of joining racial justice protests; the other denied the existence of systemic racism.

Harris, the first Black woman on a presidential ticket, spoke passionately about “people around our country of every race, of every age, of every gender” who “marched, shoulder to shoulder, arm and arm, fighting for us to finally achieve that ideal of equal justice under law.”

Still, she said, “We are never going to condone violence.”

Pence, in contrast, proclaimed his trust for the justice system and put the focus on incidents of violence, saying there was “no excuse for the rioting and looting.”