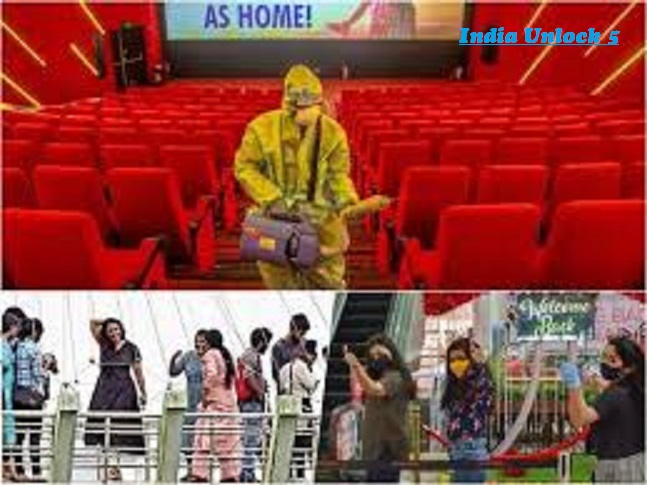 While the Centre has already allowed malls, salons, restaurants, gyms have been allowed to operate with restrictions under Unlock 4.0, cinema halls, swimming pools, entertainment parks are still shut down across the country. Speculations are rife that the MHA will allow the cinema halls to resume operations with strict COVID-19 restrictions under Unlock 5.0. Notably, open-air theatres were allowed to resume operations from September 21.

Few days ago, West Bengal had announced that cinema halls will be allowed to operate in the state from October 1 but with a limited number of participants. “To return to normalcy, Jatras, Plays, OATs, Cinemas & all musical, dance, recital & magic shows shall be allowed to function with 50 participants or less from 1 Oct, subject to adherence to physical distancing norms, wearing of masks & compliance to precautionary protocols,” Bengal Chief Minister Mamata Banerjee has said.

There is no denying the fact that tourism sector has been the worst hit due to the lockdown and it is expected that in Unlock 5, more tourism centres and tourist places would open its doors for visitors.

The Sikkim government has announced that it will allow hotels, home-stays and other tourism-related services to restart operations from October 10.

Krala government is also gearing up to reopen the tourism sector in October, while Uttarakhand government has also lifted all coronavirus restrictions for tourists. The revised guidelines issued by Uttarakhand government said that it is no longer mandatory for tourists to carry a coronavirus negative report.
Maharashtra government announced on Monday (September 28) that restaurants across the state will be allowed to provide dine-in service from the first week of October.

It may be recalled that in the Unlock 4.0 phase, the MHA had allowed metro trains to resume services from 7 September in a graded manner. Political, social and religious gatherings of up to 100 people were also permitted from September 21.