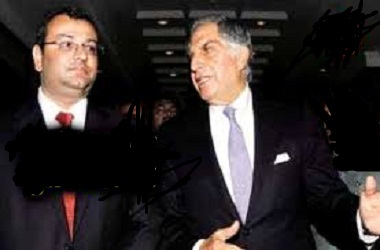 In an attempt to end the long-standing and bitter dispute with the Tata group, the SP group, owned by the billionaire Mistry family, on Tuesday told the Supreme Court (SC) that it would exit Tata Sons, provided an early, fair, and equitable solution was reached.

In a late evening statement, the Mistry family said a separation from the Tata group was necessary due to the potential impact the ongoing litigation could have on livelihoods and the economy.

The Mistry family owns 18.37 per cent in Tata Sons and is its largest minority shareholder.

The statement came within hours of the Tata group informing the SC that it was ready to buy out the SP group’s stake. The Tata group did not mention any valuation or timeline for this.

With the latest development, the 70-year-old relationship between the two of India’s biggest groups might come to an end if the Tatas agree to buy out the stake. The valuation cited by the Mistrys could be a hurdle, though.

“There will now be negotiations between the two. It’s a step in the right direction,” said S P Ranina, a senior corporate lawyer, who had first advised both sides to settle the issue.

The SP group is expecting a valuation of Rs 1.78 trillion for its stake, valuing the entire Tata Sons at Rs 9.7 trillion, or Rs 2.4 crore per share.

“It is crucial that an early resolution is reached to arrive at a fair and equitable solution reflecting the value of the underlying tangible and intangible assets,” the statement by the SP group said.

“The SP-Tata relationship spanning over 70 years was forged on mutual trust, good faith, and friendship. Today, it is with a heavy heart that the Mistry family believes that a separation of interests would best serve all stakeholder groups,” it said.

After the hearing on Tuesday, the SC barred the Mistry group from pledging or selling its stake in Tata Sons and asked it to maintain the status quo until its next hearing on October 28, when it will start hearing the final arguments in the case.

The SP group in its statement said the role hitherto played by it was always one of guardianship “with an aim to protect the best interests of the Tata group”.