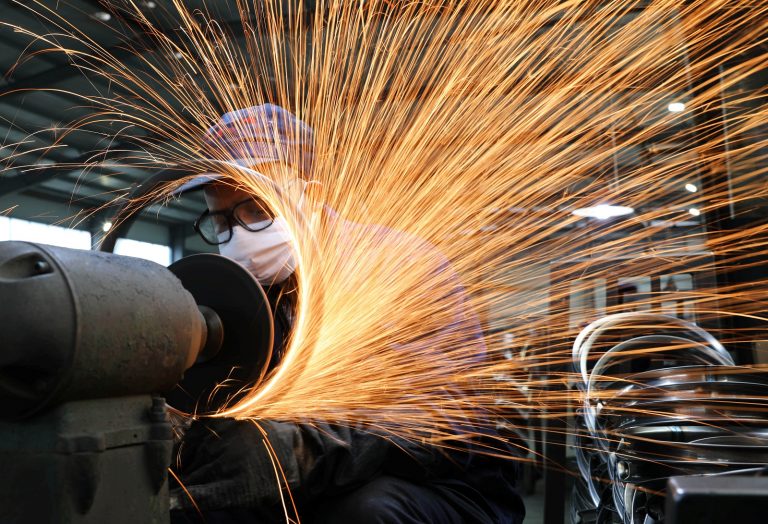 Asia’s third-largest economy, which has the third-highest coronavirus caseload globally, is expected to shrink at its sharpest pace since 1979 this fiscal year, a Reuters poll found last week.

Reinforcing that grim outlook, the Nikkei Manufacturing Purchasing Managers’ Index, compiled by IHS Markit, fell to 46.0 last month from 47.2 in June, below the 50-level separating growth from expansion for a fourth straight month and marking its longest spell of contraction since March 2009.

“The survey results showed a re-acceleration of declines in the key indices of output and new orders, undermining the trend towards stabilisation seen over the past two months,” noted Eliot Kerr, an economist at IHS Markit.

“Anecdotal evidence indicated that firms were struggling to obtain work, with some of their clients remaining in lockdown, suggesting that we won’t see a pick-up in activity until infection rates are quelled and restrictions can be further removed.”

A further decline in new orders and output signaled weakness in overall demand despite factories again cutting their prices, leading firms to reduce their workforces for a fourth month in a row.

A persistent decline in both input and output prices raises the chance that overall inflation would ease, after spiking above the upper bound of the Reserve Bank of India’s medium-term target of 2-6% in June.

That might give the RBI more room to ease policy further, after having cut its repo rate by 115 basis points  since March to mitigate the economic impact of the pandemic.