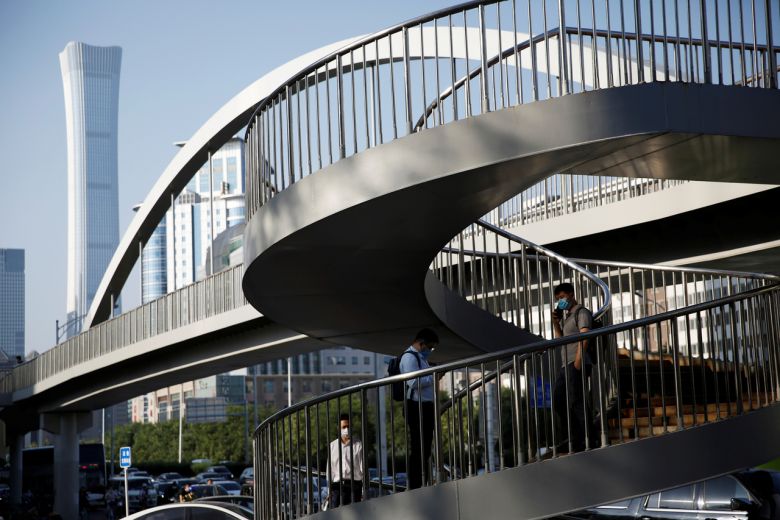 China’s economy returned to growth in the second-quarter after a deep slump at the start of the year, but domestic consumption and investment remained weak as the shock from the coronavirus crisis underscored the need for more policy support to bolster the recovery.

The GDP data, as well as key June indicators, will be closely scrutinized around the world, especially as many countries continue to grapple with the COVID-19 pandemic even as China has largely managed to contain the outbreak and has begun to restart its economic engines.

GDP rose 3.2% in the second-quarter from a year earlier, the National Bureau of Statistics said on Thursday, faster than the 2.5% forecast by analysts in a Reuters poll, as lockdown measures ended and policymakers ramped up stimulus to combat the pandemic-led downturn.

The bounce was still the weakest expansion on record, and followed a steep 6.8% slump in the first quarter, the first such contraction since at least 1992 when quarterly GDP records began.

Indeed, the consumption downturn has been telling.

Wanda Film, China’s largest cinema chain operator which has more than 600 cinemas, said on Tuesday it expects to report a net loss of 1.5-1.6 billion yuan ($214-228 million) after the coronavirus kept its cinemas shut for almost the entire period. The company reported a net profit of 524 million yuan in the same period last year.

Chinese airlines, along with their global counterparts, have also been hurt by the travel disruptions caused by the pandemic. The Civil Aviation Administration of China  has said that China’s aviation industry lost 32.45 billion yuan in the second quarter.