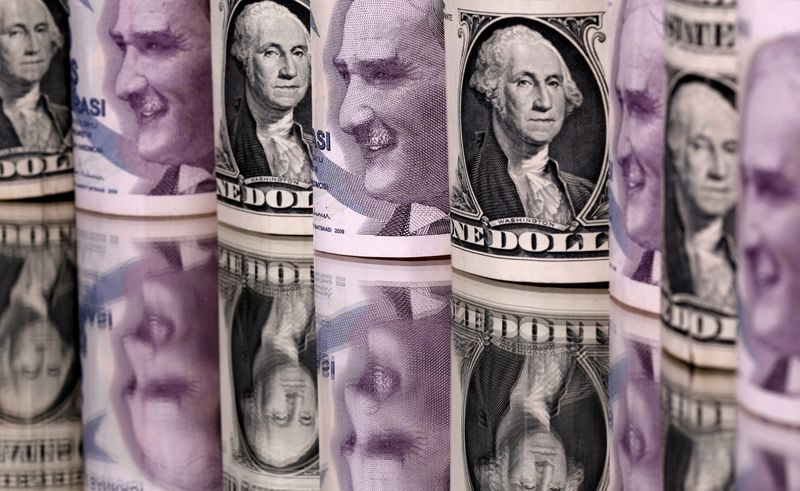 Turkey’s lira fell to a record low against the U.S. dollar on Thursday after traders interpreted comments from a Federal Reserve policy maker as ruling out a Fed swap line to cushion Ankara’s depleted reserves.

Thursday’s fall to 7.25 pushed it beyond the record low hit during a 2018 currency crisis and extended five sessions of declines as the country grappled with the economic impact of the coronavirus outbreak.

Turkey’s sovereign bonds extended their falls as the lira weakened, with the 2030 issue dropping 2.5 cents.

Heading for its second recession in less than two years, Turkey has asked the U.S. Federal Reserve and other central banks for access to funds as its own net currency reserves have fallen to nearly $25 billion from $40 billion so far this year.

A Fed policymaker – asked on Wednesday about extending swap facilities to Turkey and others in need – said the Fed already has lines with countries that have a relationship of “mutual trust” with the U.S., and the highest credit standards.

A Turkish foreign exchange trader said those comments helped weaken the Turkish currency. “We think pressure on lira will continue in the short term,” the trader said.

In a call with investors on Wednesday, Finance Minister Berat Albayrak defended Ankara’s policies in the face of the currency sell-off, saying Turkish reserves were more than adequate, according to participants on the call.

He also said he was optimistic about sealing a deal for a swap line for foreign currency funding, though he gave few details, they said. But investors fear that Turkey could struggle to address the cash crunch.

“We already have one foot in the hole of a currency crisis,” said Cristian Maggio, head of emerging market strategy at TD Securities. Turkey’s central bank was burning through foreign exchange reserves at a faster pace than any other emerging- market central bank.

Analysts say the drop in the central bank’s reserves is largely due to its funding of state bank interventions to try to stabilise the lira. Compounding worries, Turkey faces a relatively high $170 billion in external debt costs this year.