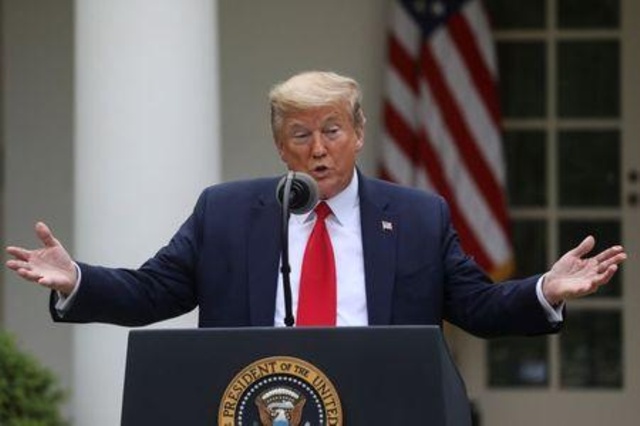 President Donald Trump said on Wednesday his coronavirus task force would shift its primary focus to reviving U.S. business and social life, while acknowledging that reopening the economy could put more lives at risk.

In a series of tweets, Trump said the White House task force he formed in March would not wind down, as he suggested on Tuesday, but would instead add some advisers and center its attention on “SAFETY & OPENING UP OUR COUNTRY AGAIN.”

Trump changed his mind after the reaction to his Tuesday announcement showed how popular the task force was, he said.

Asked later if Americans will have to accept that reopening will lead to more deaths, Trump told reporters: “You have to be warriors. We can’t keep our country closed down for years and we have to do something. Hopefully that won’t be the case, but it could very well be the case.”

Governors have faced mounting pressure to ease stay-at-home orders and mandatory business closures that have ravaged the economy, throwing millions of Americans out of work, even as those measures succeeded in fighting the virus.

Public health experts warn of a new surge in cases if reopenings occur without vastly expanded diagnostic screening and a system to trace who has been in contact with newly infected patients so they are also isolated and tested.

Citing moves by about 30 states to relax restrictions this month, University of Washington researchers on Monday revised their model to project nearly 135,000 U.S. coronavirus deaths by early August, almost double their previous forecast.

The United States is already more than halfway there, with at least 71,000 lives lost to COVID-19, the respiratory disease caused by the virus, out of 1.2 million-plus Americans known to be infected, according to a Reuters tally.

“If you undermine science, if you underfund testing, if you exaggerate the opportunity that is out there for the economy at the risk of people dying, that’s not a plan,” Pelosi told MSNBC. “Death is not an economic motivator, stimulus. So why are we going down that path?”

White House guidelines recommend that new case numbers trend downward for 14 days and that wide-scale testing and contact tracing exist before shutdowns are phased out.

Dr. Anthony Fauci, the nation’s top infectious disease expert and best known member of Trump’s task force, acknowledged he was losing the argument against reopening the country too quickly.