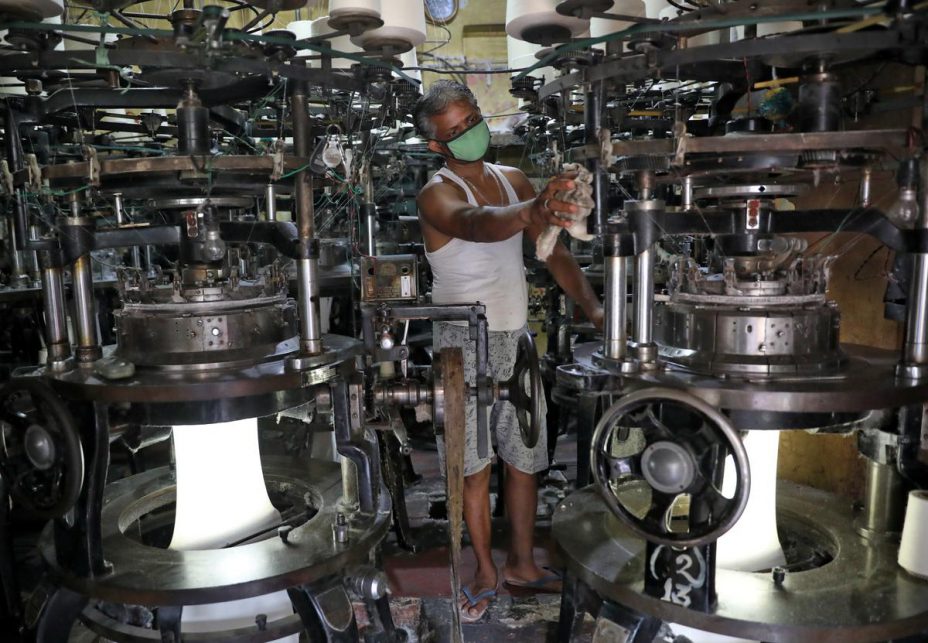 Some shops and businesses opened in rural India on Monday as part of a staggered exit from a weeks-long lockdown that has left millions out of work and short of food, while coronavirus infections rose by more than 1,500 over the previous day.

India’s 1.3 billion population has been under one of the world’s toughest lockdowns with people forbidden from stepping out of their homes except for food and medicines until May 3.

But Prime Minister Narendra Modi’s government said some activities, including factories and farming, would be allowed from Monday in the hinterland which has been less-hard hit by COVID-19.

Small businesses reopened in the rural parts of most populous Uttar Pradesh after the lockdown in late March but police were deployed to ensure people maintained social distancing.

Ramkumar Sharma, a carpenter on the outskirts of Lucknow, the state capital, said he had opened up for business again and that he would take precautions going forward.

A small group of construction workers showed up a labour centre nearby hoping to get hired for day jobs, only to be dispersed by police.

Hundreds of thousands of migrant workers fled the big cities for their homes in the villages, unable to pay for food and rent, after Modi announced a 21-day lockdown last month which he extended by another 19 days.

Even before the pandemic, India’s $2.9 trillion economy was growing at its weakest pace in over a decade, but now it is expected to slow to even zero growth in the fiscal year that began on April 1, private economists say, putting further pressure on jobs.

“The focus is on select industries and farming, and rural employment guarantee programme,” said Punya Salila Srivastava, a joint secretary at the home ministry which is managing the re-start of the economy.

India had 17,264 cases of coronavirus infections as of Monday and more than 60 percent of these were from five of India’s 28 states. Such an uneven spread allows health officials to focus their efforts on the top affected areas, or red zones, such as Delhi and Mumbai, while allowing other states to re-start activities, another official said.

Around 4,000 factories resumed operations in western Gujarat, one of the country’s most industrialised regions, the chief minister’s office said.

Modi’s critics have said he should have better planned the lockdown to lessen the impact on the economy and that India had no choice but to ramp up its testing for the coronavirus.