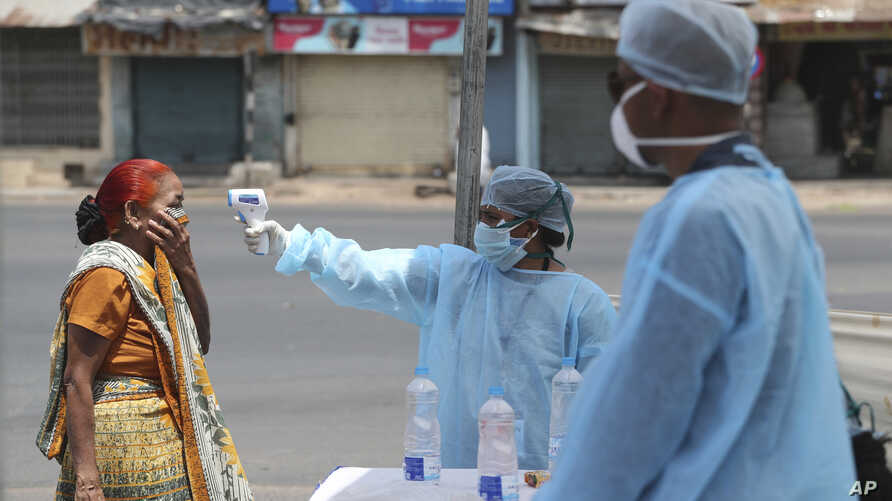 The Indian government on Thursday claimed initial success in its fight against the coronavirus epidemic, saying it would have been hit with 820,000 cases by next week had it not imposed a nationwide lockdown.

The number of people infected with the virus stood at 5,865 including 169 dead, far smaller than other countries such as the United States, Italy and Spain.

Prime Minister Narendra Modi’s decision to order 1.3 billion Indians indoors for three weeks in the world’s biggest lockdown has helped slow the infection rate, foreign ministry additional secretary Vikas Swarup said, even though it has exacted a heavy toll on the economy and on the hundreds of million of poor.

By the middle of April, the caseload would have touched 820,000, he said, citing an internal assessment of the government’s Indian Council of Medical Research, far more than the country’s underfunded and decrepit public health system could handle.

India, he said began screening people coming from overseas a fortnight before the first positive case surfaced on Jan.30 while Italy started 25 days after its first case.

Swarup said the outbreak was concentrated in about 75 of India’s more than 600 districts, which would help the government manage the crisis better.

Modi is due to take a decision in the next two days over whether to extend the lockdown that is due to end on next Tuesday. Millions of people have lost their jobs, largely those who work on daily wages and have fled to their homes in the countryside.

Several states have called for an extension saying they would not be able to deal with a surge of cases. The eastern state of Odisha announced on Thursday it would remain shut until the end of April, regardless of the federal government’s decision.

“The state cabinet which met today decided that saving the lives of our people is the top most priority at this juncture.

Accordingly we have decided to extend the lock down till April 30th,” Odisha Chief Minister Naveen Patnaik said.