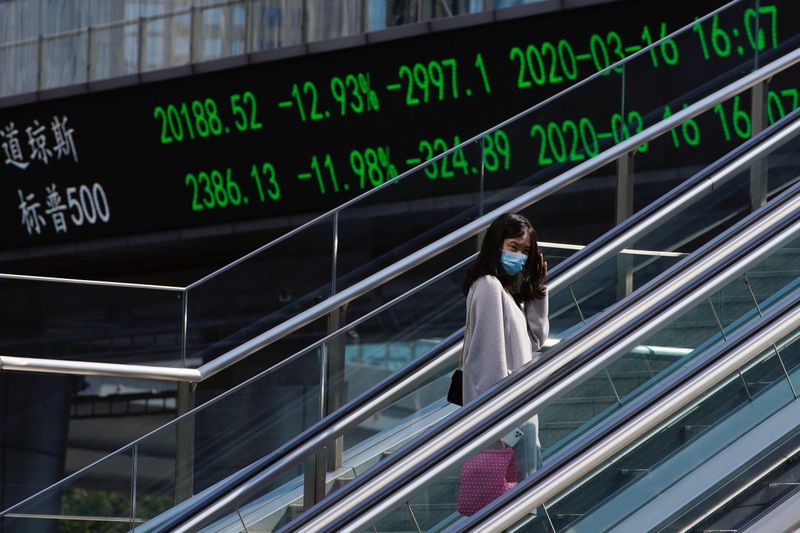 European stock markets sank on Friday, erasing meagre gains for the week, as more companies flagged a hit to business from the coronavirus pandemic while oil prices extended their previous day’s gains on hopes of a global supply cut.

With virus-fighting lockdowns raising the risk of a prolonged global downturn, investors continued to seek the safety of the U.S. dollar and government bonds, pushing U.S. Treasury yields near their lowest in three weeks.

With over a million people infected worldwide, there were more signs the pandemic would take a massive toll on economic growth. Morgan Stanley said the U.S. economy will shrink 5.5% in 2020, the steepest drop since 1946, with a huge 38% contraction predicted for the second quarter.

A number of firms flagged a hit to business from the pandemic, foreshadowing a deeper earnings recession ahead of the reporting season.

Trump said on Thursday he had spoken to Saudi Crown Prince Mohammed bin Salman, and expects Riyadh and Moscow to cut oil output by as much as 10 million to 15 million barrels, as the two countries signalled willingness to make a deal.

Saudi Arabia said it would call an emergency meeting of the Organization of the Petroleum Exporting Countries, state media reported.

The amount cited by Trump would represent an unprecedented cut equal to 10% to 15% of global supply, in output per day terms, a common unit of measurement.

However, Trump provided few details, an omission some analysts said was likely intentional, and which they said explained a pullback in prices in the Asian session.

“The reason the price came back down is that these figures are so unbelievable as to make one wonder whether the person saying them understood what he was talking about,” said Marshall Gittler, head of investment research at BDSwiss Group.

In early March, talks over production cuts between the two countries collapsed, leading them to start a price war that pushed oil prices to the lowest levels in nearly two decades.