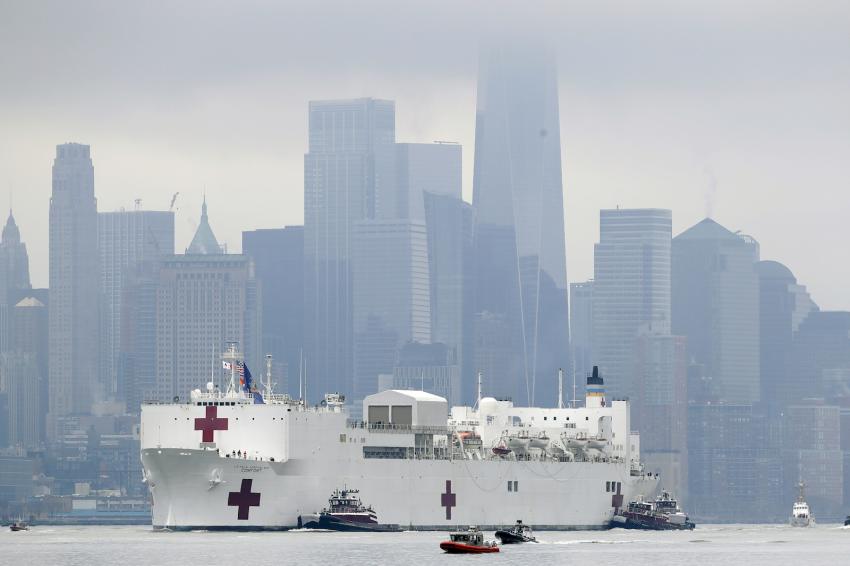 The U.S. death toll from the coronavirus pandemic climbed past 3,000 on Monday, the deadliest day yet in the country’s mounting crisis, while New York cheered the arrival of a gleaming 1,000-bed U.S. Navy hospital ship as a sign of hope in the city’s desperate fight.

In a grim new milestones marking the spread of the virus, total deaths across the United States hit 3,017, including at least 540 on Monday, and the reported cases climbed to more than 163,000, according to a Reuters tally.

People in New York and New Jersey lined both sides of the Hudson River to cheer the U.S Navy ship Comfort, a converted oil tanker painted white with giant red crosses, as it sailed past the Statue of Liberty accompanied by support ships and helicopters.

President Donald Trump told a White House briefing that more than 1 million Americans had been tested for coronavirus – less than 3% of the population. While the United States has ramped up testing after a series of setbacks, it still lags countries like Italy and South Korea on a per capita basis.

In California, another hard-hit state, Governor Gavin Newsom said the number of COVID-19 hospitalizations had nearly doubled over the past four days and the number of ICU patients had tripled. Officials there also appealed for medical volunteers.