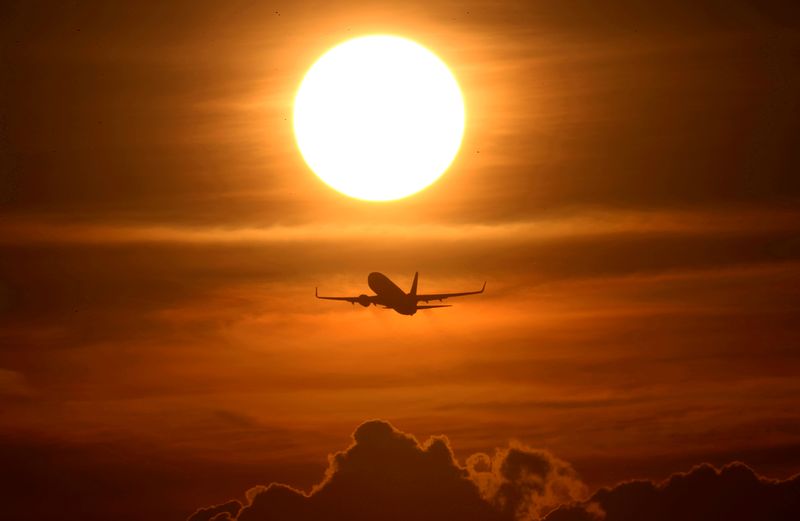 Australia and Taiwan joined a growing list of countries offering financial aid to their ailing aviation sectors as global airlines announced deeper capacity cuts due to plummeting demand and stricter border controls associated with the coronavirus.

With airlines halting plane deliveries and new orders to conserve cash, Boeing Co  called on the U.S. government to provide at least $60 billion in access to liquidity, including loan guarantees, for the aerospace manufacturing industry.

U.S. carriers have already asked Washington for $50 billion in grants and loans, plus tens of billions in tax relief. Airline executives are due to speak with U.S. President Donald Trump by phone on Wednesday morning.

Europe’s Airbus  also signaled some government support may be needed if the coronavirus crisis lasts for several months, three people familiar with the matter said.

The Australian government said it would refund and waive charges to airlines such as domestic air traffic control fees worth A$715 million ($430 million), including A$159 million upfront, as it advised citizens against all travel outside the country.

Taiwan’s civil aviation regulator said late on Tuesday that its airlines could apply for subsidies and loans to help mitigate the cost of virus prevention measures, backdated to Jan. 15. The carriers can also apply for loans to help with normal operations, the regulator added, without specifying how much money was available.

Sweden and Denmark on Tuesday announced $300 million in loan guarantees for Scandinavian carrier SAS on Tuesday, becoming early movers in an expected rush of pledges to the sector.