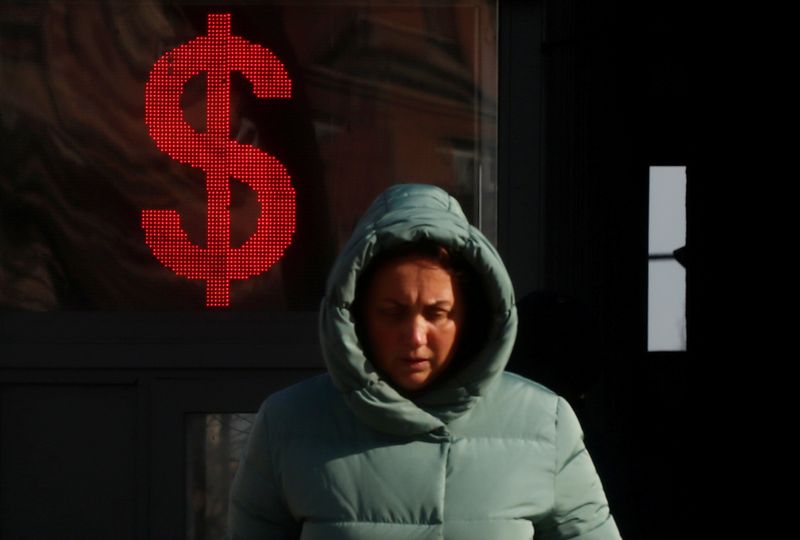 When the U.S. Federal Reserve cut interest rates to near zero on Sunday, the dollar fell, since the move blew away the yield on owning dollars and with it much of their attraction.

Yet few are willing to bet on a prolonged decline. Pandemic fears are roiling markets, driving a scramble for both safety and funding in the world’s reserve currency.

Analysts are already discounting the dollar’s Monday slide as modest and maybe temporary, given the scale of the Fed’s emergency move. They are also drawing a distinction between the unwinding of the dollar’s yield and what happens next.

Japanese banks were on Monday paying 10 times the average price to swap yen for one-month dollars .

The dollar has historically gained in spot markets whenever there is an offshore funding squeeze, since it is almost always against a backdrop of global uncertainty and market volatility that tends to hurt the balance sheets of non-dollar economies.

This time, the dollar’s yields are also higher than those in the euro zone or Japan.

In the spot market, the euro rose 1% against the dollar  on Monday and the yen nearly 2% as U.S. yields dived after the Fed announcement.

But both stayed below recent peaks and the dollar surged against commodity and emerging-market currencies, adding to already massive gains as pandemic headlines flowed across screens.

And although positioning data has the value of long dollar positions tumbling with the unwinding of the euro/dollar carry trade, the market remains long dollars.

In fact, Nomura, Japan’s biggest brokerage and investment bank, said Monday it expects the dollar to extend already big gains against the Korean won and Thai baht, and added to a bet the Singapore dollar will fall against the dollar.

Westpac analyst said as long as investors’ worries about the virus remained, demand for dollars should stay strong.