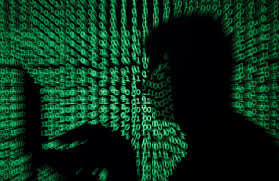 Mexico’s economy ministry detected a cyber attack on some of its servers on Sunday but did not consider sensitive information to have been compromised, and beefed up safety measures, it said in a statement.

It was the second high-profile cyber attack on the Mexican government after hackers demanded $5 million in bitcoin from national oil company Pemex last November, forcing it to shut down computers nationwide.

Providers have been asked to temporarily isolate networks and servers, the ministry said on Monday, adding that the processing of some forms would be temporarily suspended to protect their legal status.

“Following an extensive revision, some of the ministry’s servers have been identified as affected, mostly email and archive servers,” it added.

“The ministry’s sensitive information as well as that of its users is not considered compromised.”

It was not immediately clear if the cyber attack was accompanied by a ransom demand as was the case for Pemex. Companies taken hostage digitally can suffer catastrophic damage, regardless of whether they pay ransom.