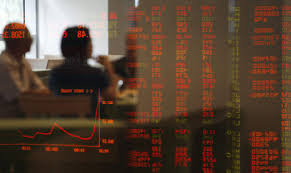 Asian stock markets wobbled on Thursday while safe-havens such as the yen, gold and bonds rose as the number of new coronavirus cases and deaths in the outbreak’s epicentre jumped.

China’s Hubei province, where the virus is believed to have originated, reported 242 new deaths, double the previous day’s toll, and confirmed 14,840 new cases on Feb. 12.

The rise in the number of cases, which came as officials adopted a new methodology for counting infections, is a sevenfold increase from a day earlier.

It was not immediately clear how the new methods affected the results, nor why the death toll rose so sharply, but it seemed to dash hopes that the virus’ spread might be slowing.

Ten-year U.S. Treasuries fell about 3 basis points to 1.607% US10YT=RR, the yen strengthened past 110 per dollar and a rally in Asian currencies against the dollar halted.

MSCI’s broadest index of Asia-Pacific shares outside Japan .MIAPJ0000PUS was steady in morning trade but the news knocked the week’s momentum from stock markets.

Japan’s Nikkei  was flat while Australia’s ASX/S&P 200 index retreated from a record high. The Shanghai Composite .SSEC and Hong Kong’s Hang Seng .HSI wavered either side of unchanged.