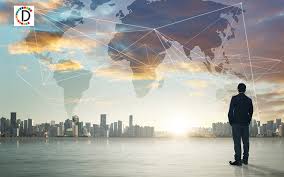 China’s currency and stock markets steadied in choppy trade on Tuesday, after anxiety over the spreading coronavirus the previous session hit the yuan and erased some $400 billion in market value from Shanghai’s benchmark index.

The Shanghai Composite opened 2% lower, before wobbling its way back from losses to stand 0.6% firmer after half an hour of trade. The blue chip index  was almost 2% firmer.

Hong Kong’s Hang Seng index, which has shed 9% in a little over two weeks as the coronavirus spread across China and the world from Hubei province, climbed 1% in the morning.

“What the Chinese financial markets did yesterday was a catch-up ,” said Christy Tan, head of markets strategy for Asia at National Australia Bank in Singapore.

“Chinese authorities have been providing a lot of support for the financial markets. There’s a level of assurance that the rout would not be allowed to go on much further than necessary.”

The virus’ toll in China rose to 425 as of the end of Monday, up by a daily record of 64 from the previous day, the National Health Commission said on Tuesday. All of the new deaths were in central Hubei province, the epicenter of the virus outbreak.

The WHO has declared the flu-like virus a global emergency, although experts say much is still unknown about the pathogen including its lethality.

The Shanghai Composite suffered its worst daily drop in more than four years on Monday, when the yuan also slid and commodities were sold off during the first trading session since an extended Lunar New Year break in China.

The reason for the partial rebound on Tuesday was not immediately clear. However, four sources told Reuters on Monday that China’s securities regulator was urging mutual fund managers not to sell shares unless they face investor redemptions.