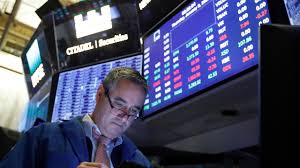 Wall Street finished solidly higher Thursday, coming back from a day of mostly sharp losses, after the World Health Organization declared the coronavirus a global health emergency, but backed China’s efforts to contain the outbreak, calming fears of a global pandemic.

“I have seen the capacity and I believe (China) will control this outbreak as soon as possible,” said WHO Director-General Tedros Adhanom Ghebreyesus on the heels of declaring the virus outbreak a global health emergency.

The apparent vote of confidence in China’s ability to contain the outbreak calmed contagion fears, which had intensified after the death toll in China rose to 170, with as many as 8,200 cases confirmed so far.

While casino operators in Macau are expected to “see a significant cash flow impact as a result of the spread of coronavirus, their strong credits profiles will likely shelter them from widespread downgrades,” Fitch Ratings said.

The swing from lows in the broader market capped a day awash with mixed quarterly results.

Coca-Cola  reported quarterly revenue that topped estimates as the launch of new products underpinned growth, sending its shares up 3%.

Tesla , meanwhile, surged about 10% after the electric automaker topped earnings estimates and pledged to deliver over 500,000 cars for the year, well above consensus of about 475,000.

In tech, Microsoft  climbed 2.7% as strong growth in its cloud business boosted sales to record levels, above Wall Street estimates.

Facebook  pared some of its losses to end the day down 6% as its earnings beat was overshadowed by worries over slowing revenue and user growth.

But some on Wall Street said weakness in the social media giant is a buying opportunity.