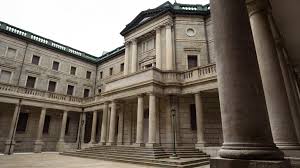 The danger of committing to an inflation target and difficulty of managing expectations were debated in earnest at the Bank of Japan a decade ago, showed transcripts released on Wednesday, as U.S. and European central bankers grapple with similar topics.

The U.S. Federal Reserve and the European Central Bank have been reviewing their policy approach and inflation targets to avert “Japanification” – a reference to Japan’s two-decade battle against deflation and anemic economic growth.

The BOJ set an inflation target of 2% in the first year of Governor Haruhiko Kuroda’s tenure in 2013, as pressure increased on the central bank to take more radical measures under the “Abenomics” initiative of then-new prime minister Shinzo Abe.

Seven years on and inflation has remained distant from that goal. Latest data showed core consumer prices rose just 0.7% in December from the same period a year earlier.

With the target consistently missed, Kuroda this month said policymakers must act flexibly because it was hard to raise inflation expectations once they fall – as purchases are delayed in anticipation of lower prices, slowing economic growth.

Transcripts of the BOJ’s December 2009 policy meeting showed then Governor Masaaki Shirakawa voicing concern that focusing too narrowly on price moves alone could divert attention away from much-needed reforms to boost Japan’s potential growth, such as measures to raise productivity and increase the birth rate.

BOJ policymakers also worried that the public blamed all of Japan’s economic woes on falling prices. Some said the fact the term “deflation” was so widely used could in itself hurt inflation expectations, the transcripts showed.