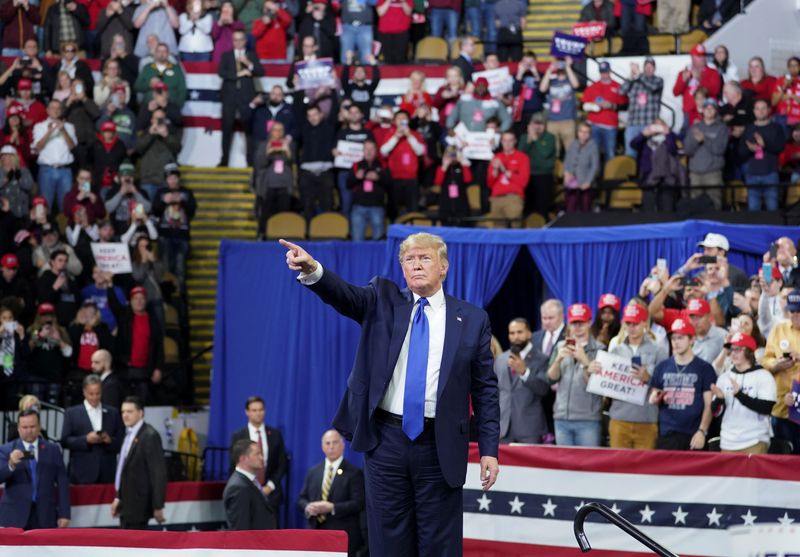 U.S. President Donald Trump threw his support, welcome or not, behind Democratic presidential contender Bernie Sanders in his back-and-forth with rival Elizabeth Warren, saying he did not believe Sanders would suggest a woman could not win the 2020 election.

Tensions between Warren and Sanders, two progressive U.S. senators who are running for the Democratic nomination, have risen after a report that Sanders told Warren in 2018 that he did not believe a woman could beat Trump.

Warren confirmed the report late on Monday in a statement, saying: “I thought a woman could win; he disagreed.”Sanders has denied making such a statement.

Trump, at a rally in Wisconsin on Tuesday, sided with the self-described democratic socialist.

“I don’t believe that Bernie said that. I really don’t. It’s not the kind of a thing he would say,” Trump said, adding that he did not know Sanders and did not like him.

Trump may have reason to favor Sanders in the Democratic primary race. At rallies, his promise to prevent America from becoming a socialist country always get loud applause. If Sanders were to win the nomination, Trump would be able to make that argument a key and popular part of his re-election pitch.